U-Move is the all-in-one AD software utility that lets you move Active Directory to a new replacement computer or VM that is running a newer version of Windows Server. This is sometimes called a “swing migration”.

Migrating Active Directory to a new computer can be a complicated task. U-Move will guide you through a simple step-by-step procedure to replace the old domain controller (DC) with a new domain controller, all while checking your actions each step of the way.

U-Move will carefully guide you through the upgrade process. It will perform hundreds of tests to look for many common (and some not-so-common) errors. U-Move will offer to do some of the more difficult steps automatically for you: moving the FSMO roles and moving DNS. Or you can do it all yourself and just have U-Move check your work. 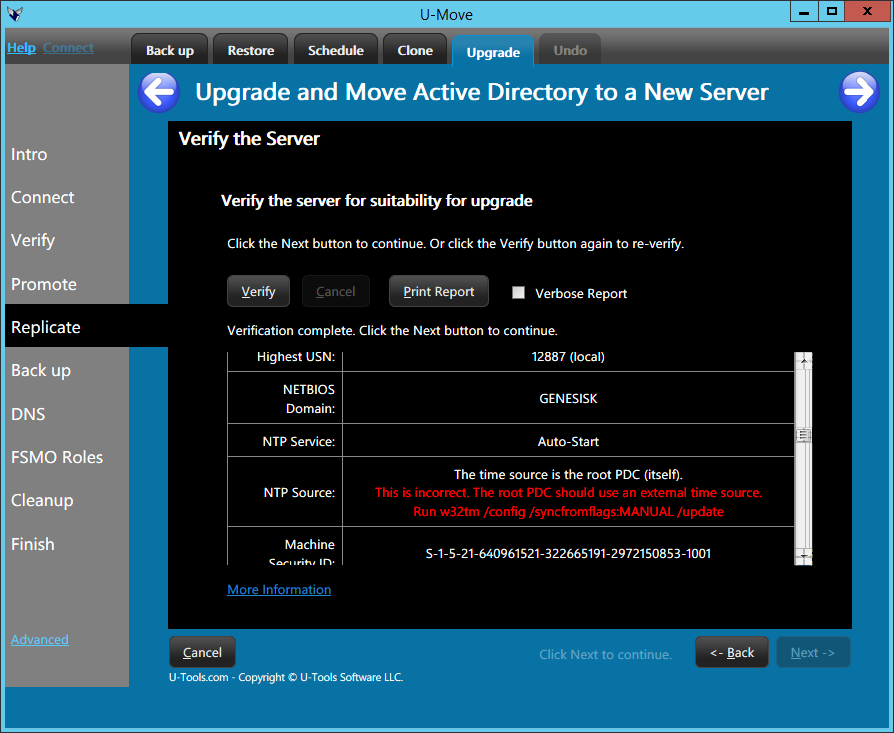 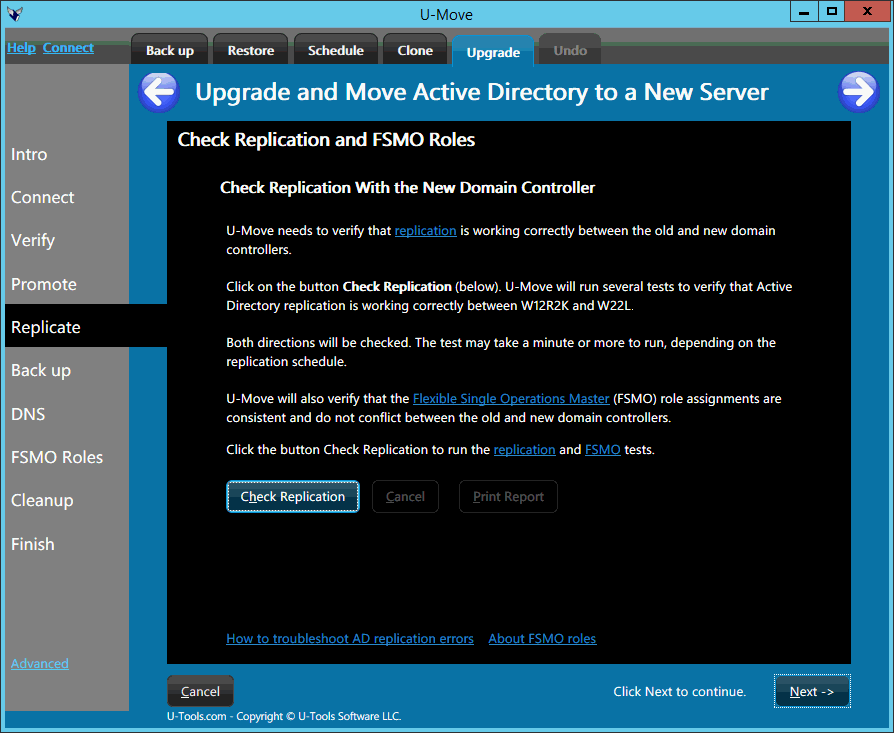 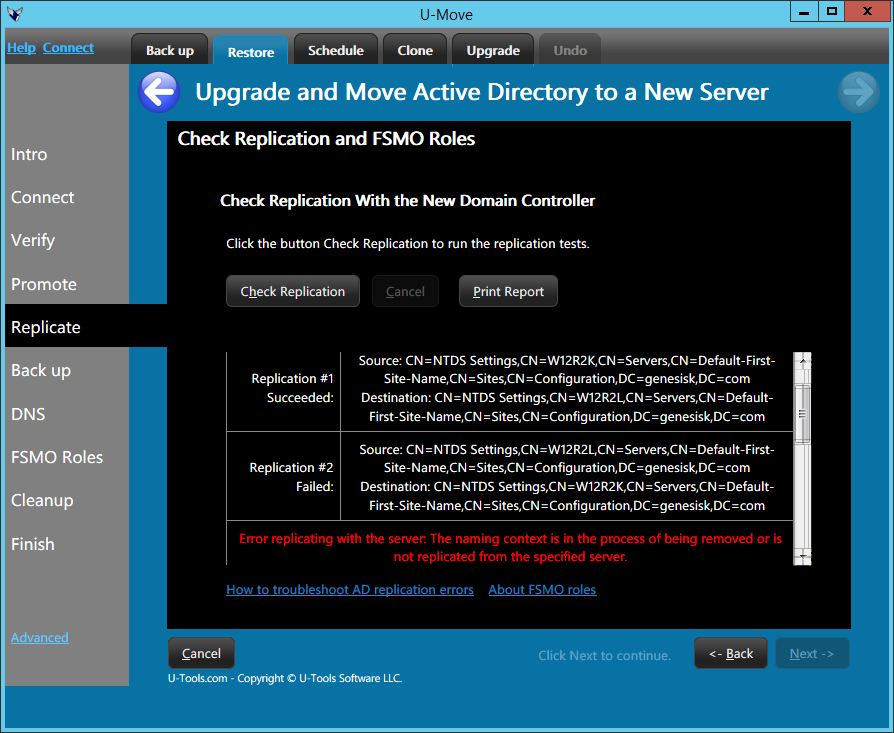 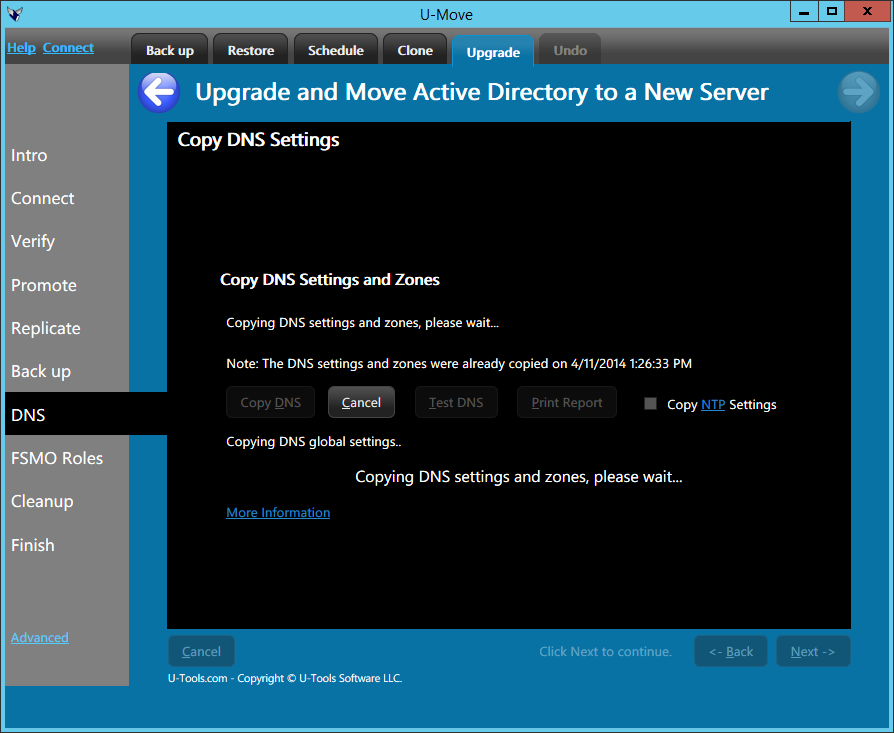 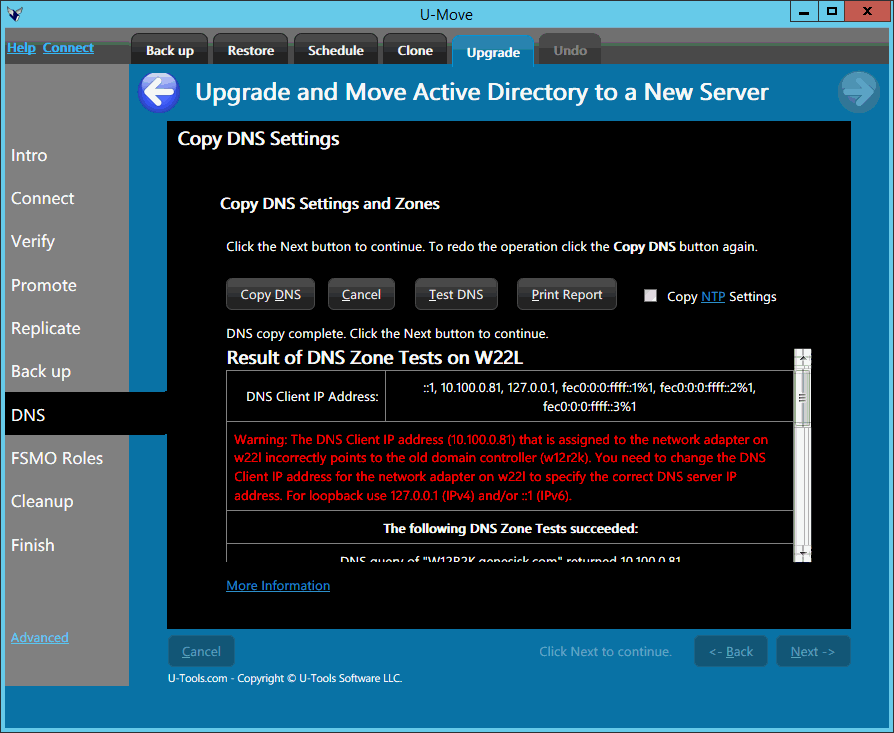 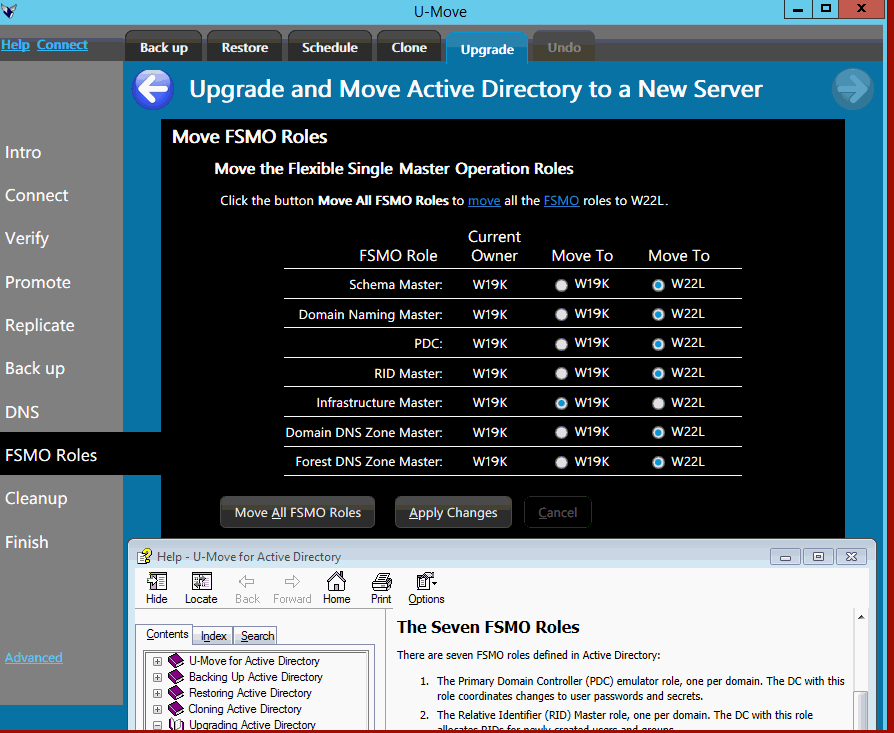 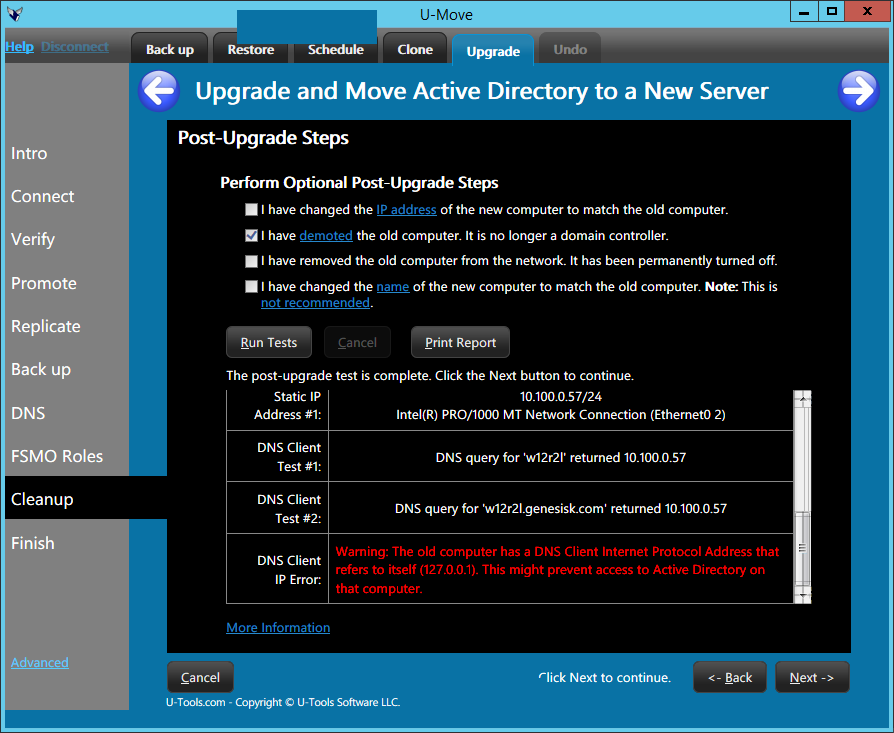 Before you attempt to migrate AD from your production server we recommend that you first practice the migration procedure offline. Use U-Move to clone AD to a test VM in your test lab. Inside your test lab run U-Move to migrate AD to a second VM that is running the new version of Windows Server.

This will allow you to become familiar with the upgrade process. It will let you catch any potential problems or issues early, and it will help you minimize the actual downtime on your production network.

U-Move will perform the following tasks for you:

You can pause between each step, or automatically roll back your changes to restore the DCs to their original state.

At each step during the upgrade process U-Move will run numerous tests and then print a detailed report. If it finds any errors or non-recommended practices it will flag them and suggest a workaround or advise you on how to correct the problem. The various reports include the following:

The reports will give you in-depth information during each step of the upgrade task.

U-Move makes what is usually a very complicated task easy and straightforward. And by creating perfect backup snapshots for offline cloning and testing, it gives you the safest and most reliable way to upgrade your DC with minimal downtime.

U-Tools Software is pleased to announce the Active Directory Recovery Service, where we will recover your AD domain controller for you while you watch. We also offer an advanced AD recovery service where you...

U-Move received an in-depth review of its features in ADMIN Magazine.

U-Tools Software LLC is pleased to announce the release of U-Move Version 2.7 for Microsoft Active Directory. Version 2.7 adds support for Windows Server 2019. It also adds the ability to encrypt the Active...

For more information on how to upgrade AD with U-Move see the following:

U-Move offers generous license terms for unlimited use. We do not charge you per user. Your AD domain can have 100 users, 1000 users, or 10,000 users – you pay the same low fixed price regardless of the number of users. (And you pay even less if you are a small business.) Get pricing.

Need to back up AD? See Backing Up Active Directory Domain Controllers.